When people think about cults, often they assume “I would never fall for that.” However, people don’t get indoctrinated because they are unintelligent. That’s what makes cults so sinister; they slowly get into the heads of very smart people. Their tactics are often emotional, such as undermining a person’s self-confidence and tricking them into becoming reliant on the cult. But it’s easy to think “it would never happen to me,” because it’s terrifying to realize that no one is immune to a cult’s psychological attacks. Especially with how well they hide their tactics behind compassion and appealing promises. [1]

But beyond the happy façade, the dark cracks begin to show after a while. Here are some stories about people who were raised in cults about the moment they decided to leave.

Why 15 People Left Their Cults

#1 When I couldn’t speak to my sister anymore

“When the ‘Elders’ told me that I could no longer speak to my younger sister anymore because she was in ‘bad standing’ with the organization. She’s the only family I have left. They made her out to be this monster just because she wasn’t actively going to church. That’s when the glass shattered for me“

“I was one of Jehovah’s Witnesses and my sister and I are still close. She’s doing great things for herself and I do not regret my decision at all. Don’t let someone else make decisions for your life, you’ll be much happier!” – BananasAn69

#2 When they took our home

“Scientology. When they took our second house.” – Reddit user

#3 Something more than a community

Famous actor Joaquin Phoenix has opened up about growing up in a cult called The Children of God. “Cults rarely advertise themselves as such,” he said. “It’s usually someone saying, ‘We’re like-minded people. This is a community,’ but I think the moment my parents realized there was something more to it, they got out.” For instance, the cult “infamously encouraged both incest and adultery” among other disturbing beliefs and his family eventually left. [2]

Read: What Did People Use Before Toilet Paper?

Rose McGowan also grew up part of a branch of Children of God. In fact, her father was a leader. The beliefs included the upcoming apocalypse and free love. But when they started to push the idea of relations between adults and children, the family escaped.

“My dad, Nat, Daisy and I escaped with my dad’s other wife in the middle of the night,” she said. “I remember running through a cornfield in thunder and lightning, holding my dad’s hand and running as fast as I could to keep up with him … [The cult] sent people to find us. I remember a man trying to break in with a hammer.” [2] 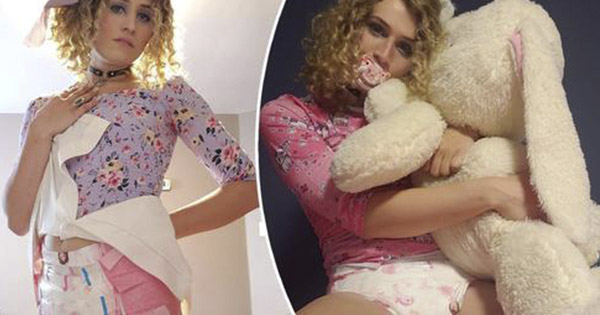 Anna LeBaron escaped from her father’s cult, the Church of the Lamb of God, a fundamentalist offshoot of Mormonism that kept up with polygamy. Anyone who challenged her father, Ervil LeBaron, was supposedly subjected to the doctrine of “killing sinners to cleanse them of evil.” The alleged murder plots continued after his incarceration, through his followers. The man who helped Anna escape was unfortunately one of the victims. [2]

Rebecca Stott’s family used to belong to The Exclusive Brethren. The community had strict rules while staying away from the rest of the world. Women were expected to be subservient and whoever broke a rule faced consequences such as interrogations and isolation. But in 1970, a 70-year-old cult leader was discovered in bed with a woman in her 30s who was married to another man. This led to thousands of members breaking off from the main faction, including Stott’s family. They abandoned the cult entirely soon after. [2]

“After watching The Day After in the 80s, I asked my mom if we knew the nukes were coming, who would she rather spend her last moments with me or the cult leader, she choose him. I came up with my own survival plan after that. I was going to skateboard to safety.” – 19bonkbonk73

#8 No actions taken against the step-brother

“When my step bro only had to pray for forgiveness after molesting me, no other actions were taken.” – RowEmotional2727

#9 The leader hurt their mother

“When the leader kept my mom up for 2 days straight. He was making her cook, clean, be on him hand and foot all while berating her. Yelled at her she was an evil woman going to hell, he was too godly for her, etc. 3 am and I hear him screaming at her, all biblical bs, and she’s crying. She broke down and he drove my mom, my sister and I to the ER and said she had to check herself into mental health because she’s psychotic. We are there for 3 hours. They turn her away and she comes out with abuse pamphlets.” – dismia

“My father left and remarried years before. He was waiting when I left.” – AtTheEnd777

#11 Berated by her mother

“When my mom said that I was so bad at housekeeping that if I got abused by my future husband, ‘he would be within his rights as head of the household.’ Fundie cults are the worst.” – motherofcats04

“I got punished for my own sexual assault. I was victim blamed. The abuser was twice my age (I was mid-teens). I was forced to repent. For what, I am not sure as they wouldn’t answer that question. As I got older and looked back, I realized that everything they’d told me was a lie…

“Then years later, a widely publicized case with similar circumstances became international news. And the victim’s clergy person stood up on CNN and said she was forgiven. Forgiven. For being raped. I had noped out years before but when I saw that particular press conference I had to get therapy to deal with all that rage. Guh.” – Dogzillas_Mom

“When they told members to park behind the church to hide their cars so they wouldn’t get reported for gathering during the height of the pandemic. Then they made the choir sign NDA’s over hymns. Then got really control-y during online services. They made you angle your camera a specific ways, wear certain clothes, not sit so close to your spouse etc. In a prayer, said they loved the leader of the church more than anyone else.

“The pandemic really helped my family and I to step back and really examine the organization we dedicated our lives to.” – rwainemie

“This happened to my classmate in the fifth grade. Her family were Jehovah Witnessers. She needed a blood transfusion but the family refused and she died. I don’t remember the specifics of her condition but WTF. The whole class cried for weeks. Try wrapping your little 11 year old brain around that.” – Pharoacious

#15 A change in core belief

“Former Jehovah’s witness too. The first time I realized something was wrong was when a huge core belief changed in 1995. (The end will come before the generation that saw the events of 1914 died…changed to.. well it’s changed 7 times since then.) I was confused and it didn’t compute that my entire life’s beliefs changed overnight. I struggled on a while until shortly after my then husband beat the s**t out of me and for some reason HE called the elders over to help and the elders told me, ‘Be a better wife so he doesn’t get angry.’ I was done then. DONE.” – oldrobotlady

Keep Reading: MIT Predicted in 1972 That Society Will Collapse This Century. Research Shows We’re on Schedule