We can learn a lot from studying the rings inside trees. The science of tree-ring analysis is called dendrochronology, and examining these markings can provide information about the tree’s age, whether it had been through any fires, or if it had endured any insect outbreaks. A tree’s rings can also give significant insight into what kind of climate conditions the tree has lived through, and thus how the earth’s climate has changed over time [1]. Scientists have recently uncovered an ancient tree that lived during a time in Earth’s history when the magnetic field almost completely reversed [2].

The ancient tree is an Agathis australis, but is more commonly known by its Māori name, kauri. It was found in Ngawha on New Zealand’s north island and was buried 26 feet under the ground. Measuring eight feet in diameter and 65 feet in length, the tree appears to have lived for 1,500 years, between 41 thousand and 42 500 years ago [2].”There’s nothing like this anywhere in the world,” said Alan Hogg, from New Zealand’s University of Waikato. “This Ngāwhā kauri is unique.” [3]

What is Earth’s Magnetic Field?

The Earth has a solid inner core that is constantly transferring heat to its outer core, which is made of liquid iron. This causes the convection (or movement) of that iron. Since iron is a metal and therefore conducts electricity, it generates a magnetic field [4].

This magnetic field is very similar to the field that is produced by a common bar magnet. It is called a dipole because it has two poles at either end of the magnet. These endpoints are where the magnet is the strongest. You can picture the magnetic field like arched lines that leave the north pole and enter the south pole [5].

The Earth’s magnetic field aligns with its axis of rotation but is not stable over time. Periodically throughout geological history, the magnetic field decays and then becomes re-established, although scientists are still not sure why this happens. Whenever this does happen, it may return to its original state, or it may orient in the opposite direction, switching the north and south pole [4].

This pole reversal has happened periodically throughout Earth’s history, sometimes lasting for a few thousand years, sometimes for over thirty million years [4].

Why Does Earth Have a Magnetic Field?

Earth’s magnetic field is extremely important. The force it generates protects us from radiation in our solar system-, particularly from the sun. The sun releases vast quantities of radioactive particles into space, and it is our magnetic field that channels the particles away from the planet and preventing us from getting irradiated [6]. 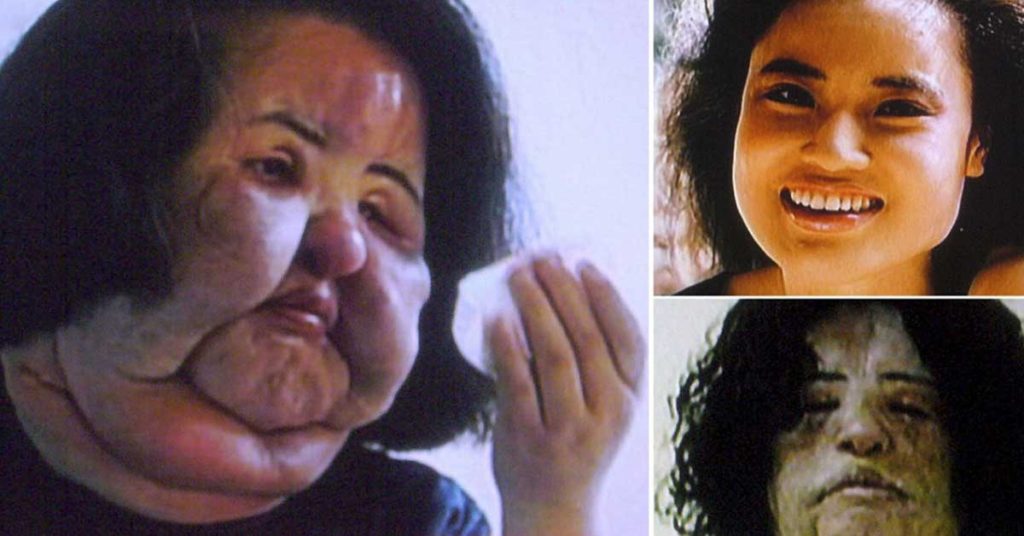 Fears for Tom Hanks' health as he appears unable to control his shakin...
Advertisement

What Happens When The Magnetic Field Deteriorates?

About 565 million years ago, the earth’s magnetic field became so weak that it nearly collapsed. It was about ten times weaker than it is today, and this lasted for a period of about 75 thousand years [7].”If the geodynamo had collapsed entirely, Earth would not have been protected from the solar wind, which can erode the atmosphere and eventually rob water from the planet.” Explained John Tarduno of the University of Rochester [7].

The last time the earth’s poles nearly flipped completely was about 41 thousand years ago and is known as the Laschamp Event. Analyzing kuari’s rings will be extremely helpful for scientists to fully understand what happened during that period [2].

“Because the Earth’s magnetic field has a major effect on how much radiocarbon carbon is formed in the upper atmosphere, these precious analyses will allow us to investigate the magnitude and rate of change when the magnetic field reversed during the Laschamp; something not possible before and of great interest given recent changes in the Earth’s magnetic field,” said Chris Turney, the lead scientist analyzing the tree [2]. What recent events is he referring to? In short, the poles are moving- fast.

The Earth’s Magnetic Field is Shifting

The earth’s poles are not static, and since scientists first recorded the position of the north pole in 1831, they have tracked its movement at an average speed of six miles per year. In recent decades, however, this speed has increased to 25 miles per year [8].

Scientists use the World Magnetic Model (WMM) to represent the magnetic field. It is used by the US Department of Defense, the UK Ministry of Defence, as well as many other civilian systems. Basically, it is extremely important to know where the poles are [8].

Right now, the northern magnetic pole is moving away from the Canadian Arctic and toward Siberia. The WMM is usually updated every five years to keep up with this movement. It was last updated in 2014 and was expected to last until 2020, but in 2018 it was found to be inaccurate in the Arctic region and had to be updated again [8].

This sudden erratic behavior has some scientists concerned that another pole flip could be on the horizon. Peter Olsen, a geophysicist at John Hopkins University, disagrees.

Regardless of what is coming, with the help of Ngāwhā kauri, scientists will be better able to understand what has happened in our geological past in order to prepare for our possible future.

Keep Reading: Earth Is Spinning So Fast Scientists Might Delete Time From The Day

These Florida Village Tiny Homes Go for Only $1,200 a Month