There are several breeds of dogs that are recognizable by two distinct features: their erect, pointed ears, and their stubby, almost non-existent tails. Most of us might assume that these dogs were just born that way, however this is sadly not the case. Dobermans and miniature Schnauzers are two examples of breeds for which it has become customary that these dogs undergo two procedures known as ear-cropping and tail-docking shortly after birth.

A Painful and Inhumane Procedure

Tail docking involves the surgical removal of a puppy’s tail, usually when the animal is between two and five days old. The tail is usually cut off using a pair of scissors, or a rubber band is wrapped around the tail to cut off the blood supply so that it will die and fall off on its own [1].

This procedure is typically performed with anesthesia because many veterinarians or breeders who do it say the puppy is not yet fully alert and will not remember the pain [2].

Ear cropping is a procedure in which the floppy part of a dog’s ear is cut off, then taped to a hard surface for several weeks while they heal in order to stay upright. This surgery is usually performed under anesthesia when the puppy is between six and twelve weeks old.

Both of these procedures are classified as medically unnecessary, and the primary purpose of them is cosmetic [3].

Why are these Procedures Done?

Both ear cropping and tail docking are traditional procedures for over seventy dog breeds, for the sole reason that this is the fashion that has been set for those breeds. Advocates for both procedures claim that a puppy’s nervous system isn’t fully developed, so the procedure isn’t painful for them. 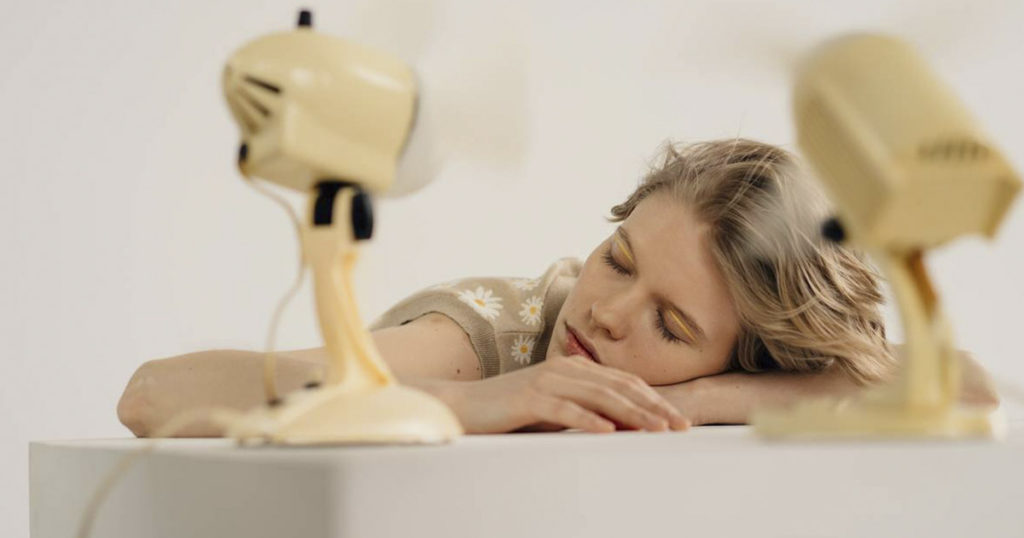 Why You Might Not Want To Sleep With A Fan On 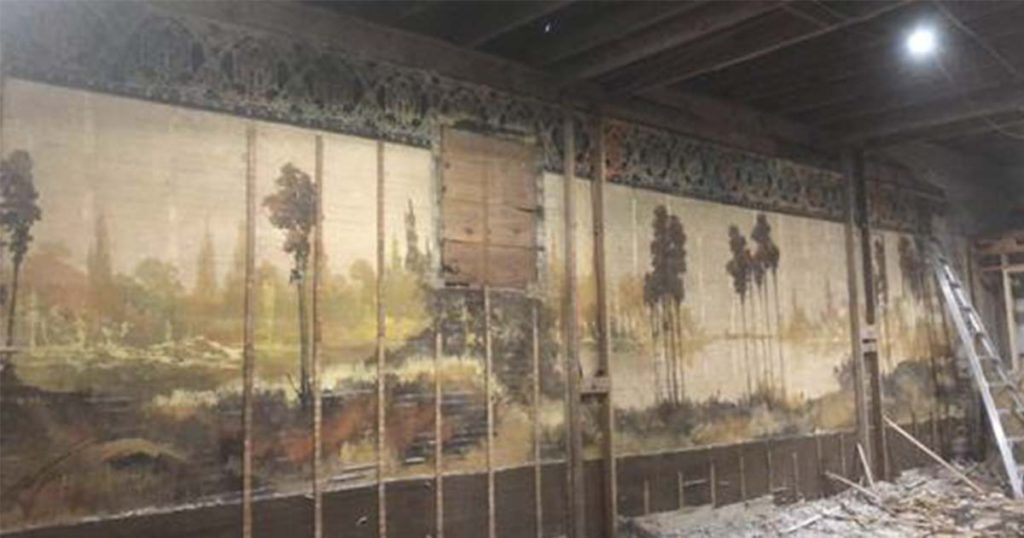 Model Says She Struggles To Get Employment With 99% Of Her Body Tattoo... 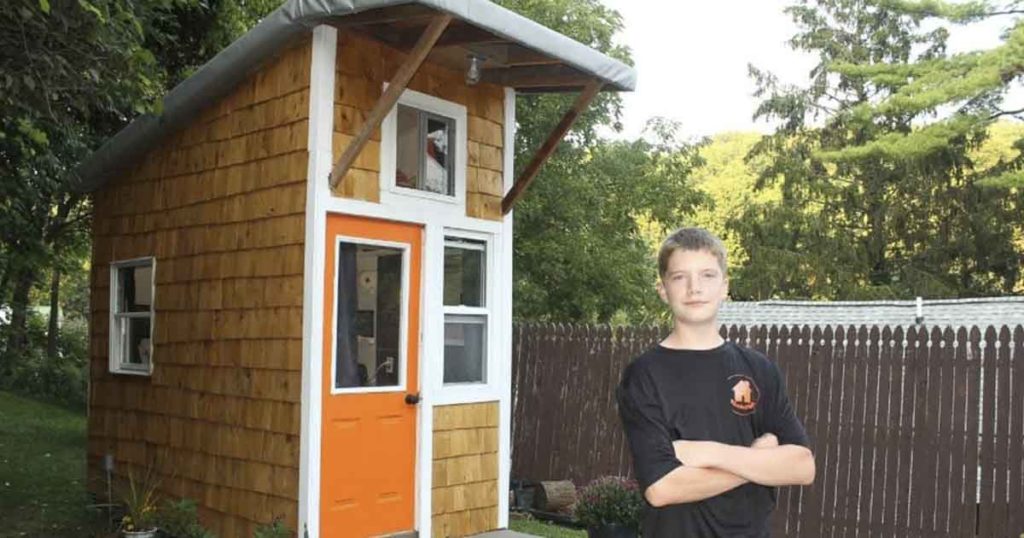 He made a house that’s only 89 square feet, but wait until you see t... 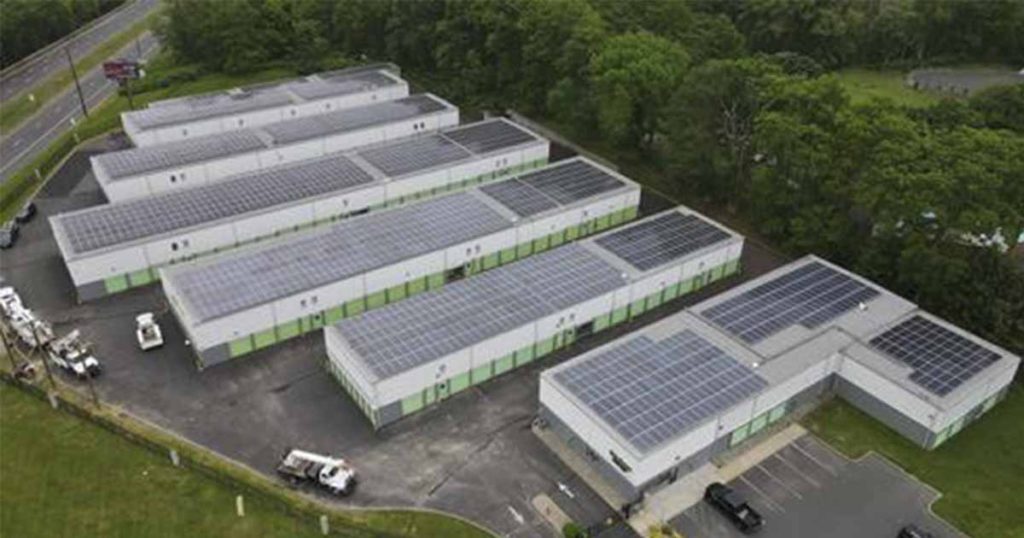 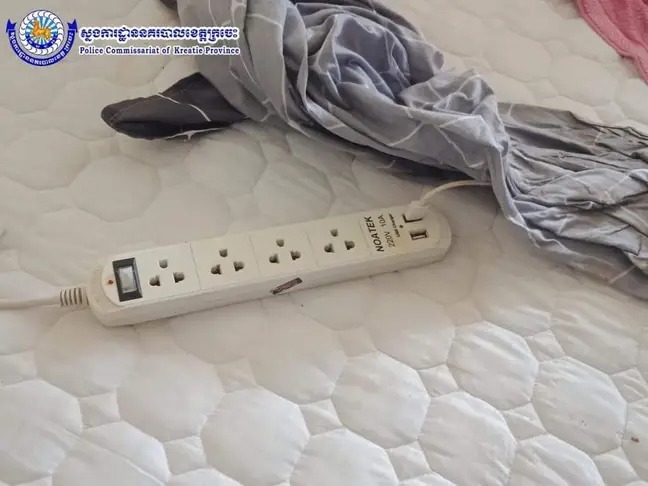 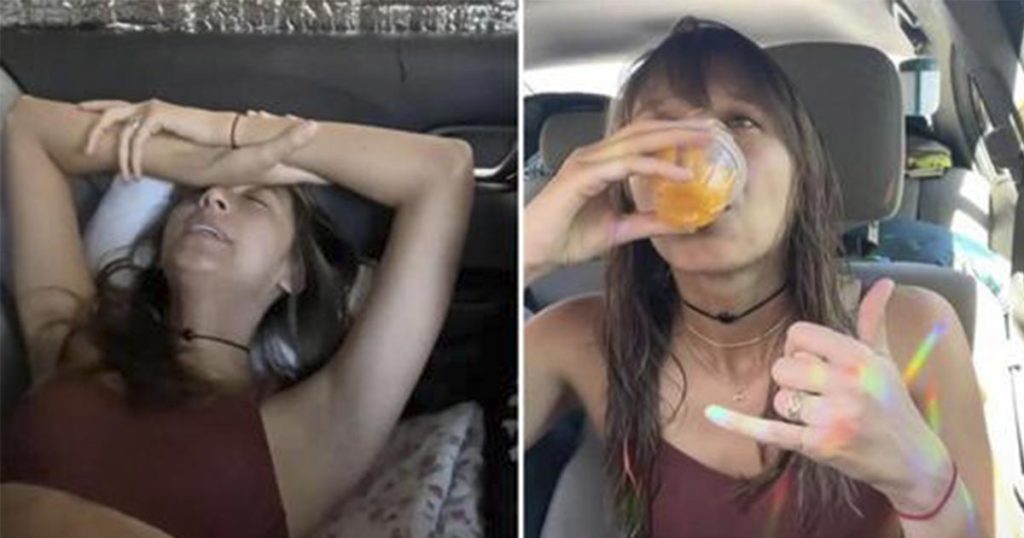 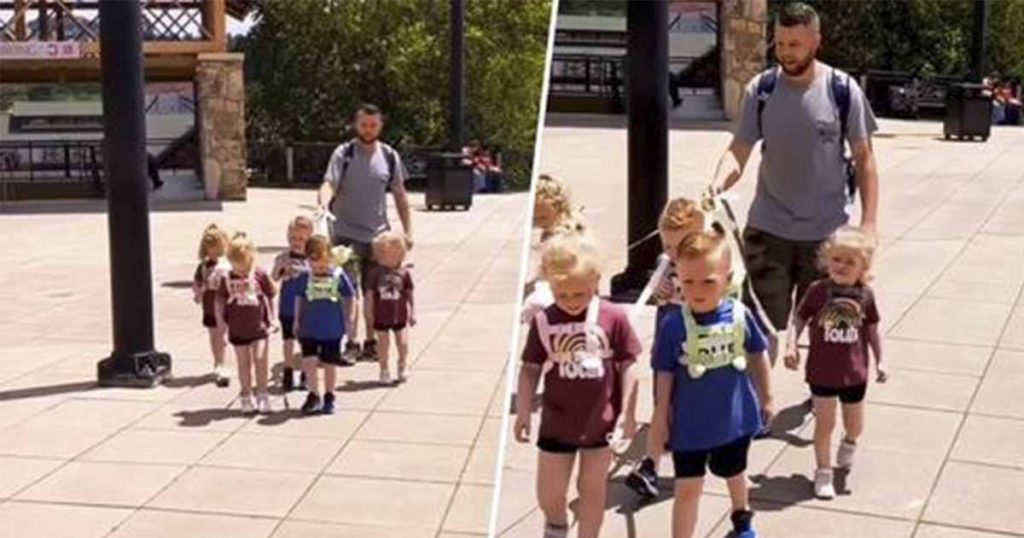 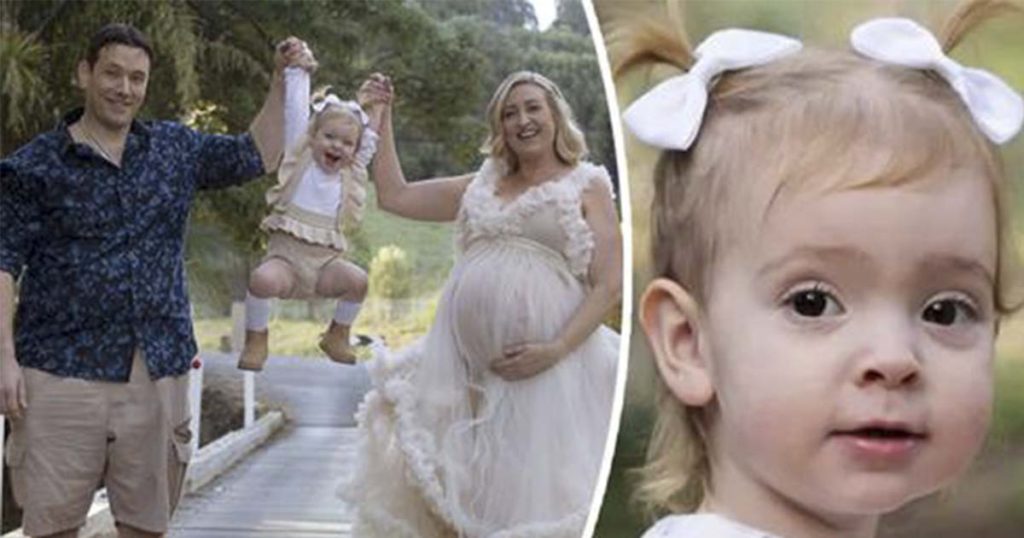 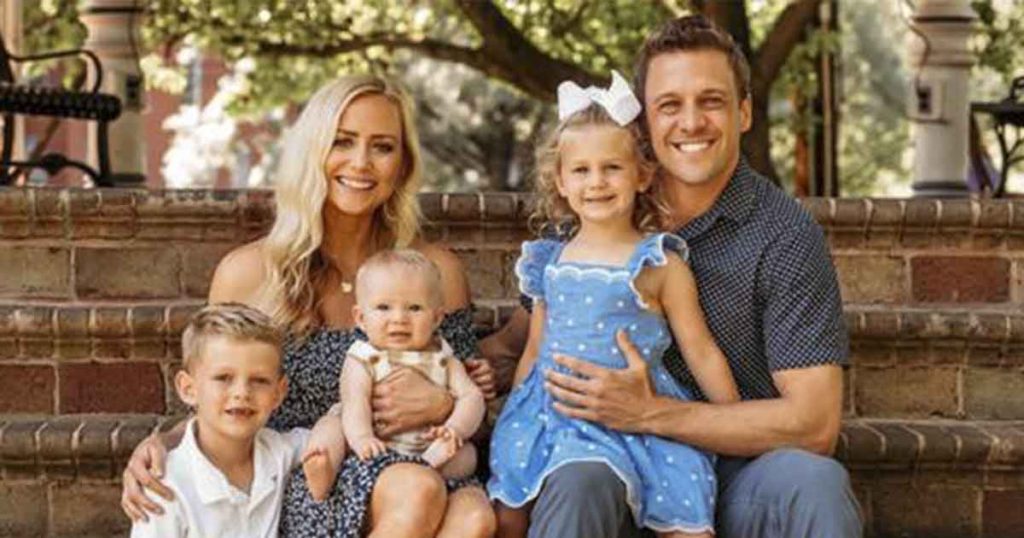 I only shower every 10 days — and I don’t care if you think I stin...
Advertisement

This, however, has been disproven, and evidence indicates that puppies have a similar pain tolerance to grown dogs.

Some owners and breeders argue that farm dogs and hunting dogs risk injuring their tails while herding or chasing, so removing the tail altogether is necessary. Others believe that removing the tails of energetic breeds, like boxers, will prevent them from hurting their tails when they hit them against walls and crates, and some believe ear cropping lowers the risk of infection [2].

Proponents of the procedures will sometimes argue that dogs with heavy coats should have their tails removed for hygienic purposes as well [1].

The Argument Against Docking and Cropping

There are a number of reasons why these procedures are inhumane and unnecessary. The procedure is very painful, and the repeated shrieking heard by puppies during and after the surgery are indicative of the level of pain they are experiencing.

As with any surgery, there is also the risk of infection or other complications, and many dogs experience chronic, long-term pain as a result [1].

Cutting off a dog’s tail also severely inhibits their ability to communicate, since the tail plays an important role in canine social behavior. Andy Roark, a veterinarian at Cleveland Park Animal Hospital in Greenville, S.C., says a missing tail could interfere with the dog’s ability to communicate with other dogs [2].

A dog uses its tail position to indicate its friendliness or desire to play, to show submission, or as a warning signal. It acts as a protective mechanism because the dog uses it to establish boundaries and prevent aggressive confrontations with other dogs [1].

Human’s can also use the action of a dog’s tail to determine how they should interact with it. When the tail is removed, the dog is at risk of being misunderstood by both humans and dogs, putting them at a social disadvantage [1].

A study conducted in 2016 determined that surgically altered dogs were, in general, perceived as more aggressive, while natural dogs were seen as more playful and attractive [4].

Research has also shown that intact tails are unlikely to get injured, and even when they do, the injuries are usually minor and will heal quickly. Research also indicates that eighty percent of dogs will not get ear infections, and breeds that are more prone to them, such as cocker spaniels and poodles, don’t not typically have their ears cropped [5].

Are these Procedures Legal?

Tail-docking and ear-cropping has been banned in a number of countries, including Sweden, Norway, the Netherlands, Finland, Germany, Denmark, Cyprus, Greece, Luxembourg, Switzerland, Austria, Australia, and the UK [1].

These procedures are not banned or controlled, however, they are highly controversial. New York and Vermont have considered banning the practice, however, neither state has put any legislation in place.

The American Kennel Club (AKC) argues that these practices are “integral to defining and preserving breed character” for some dogs, however, the American Veterinary Medical Association (AVMA) is against it [2].

Docking and Cropping: You Can Make the Right Choice

Many potential dog owners are unaware that they have the choice of whether or not they want their dog to undergo surgery. If you are getting a dog from a breeder, you should ensure that he or she knows before the puppy is born if you do not want your dog to have its ears cropped or tail docked.

An even better option is to avoid the breeder altogether and adopt an animal at your local shelter. There are thousands of dogs across the country in need of loving homes, and when you adopt, you can avoid the question altogether.

Keep Reading: Man Found Five Starving Lions In Sudan Park Then Started A Campaign To Save Them