In what might be the most-watched court battle of the decade. The jury in the Johnny Depp – Amber Heard trial announced earlier today that they had finally reached a verdict. The announcement had fans on both sides holding their breath. Finally, just before 3:30 in the afternoon on June 1, 2022, the court announced that Depp won the defamation case. Here are the details.

The most televised trial we have seen in quite some time has finally come to a close. The court announced the jury’s decision that Amber Heard’s previous op-ed in The Washington Post about domestic violence had, in fact, damaged his career. Their decision states that the actress now has to pay Depp $15 million in damages. (1)

The jury consisted of five men and three women and the trial was about 13 hours long spread over three days. The judge had to dramatically delay the announcement of the decision because the jury had to go back and actually fill in the damages section of the form. This delayed the announcement by nearly a full 30 minutes.

Though Amber Heard was present for the reading of the verdict, Johnny Depp watched from a TV in the United Kingdom as he had prior working engagements. While there were notably fewer people outside the courtroom without Depp being there in person, the group was still quite large. They cheered wildly as they listened to the announcement.

Since Heard’s op-ed, Depp claimed that she had done irreparable damage to his career. Producers dropped Depp from multi-million dollar franchises such as The Pirates of The Caribbean and Harry Potter series. He said her accusations were false and filed a defamation lawsuit against her for $50 million. She then counter-sued for $100 million.

The trial, which took place in Fairfax, Virginia, began on April 11. Throughout the trial, both recounted stories of violence and abuse throughout their marriage. Dozens of witnesses also took the stand for both parties.

On May 27, each party gave closing statements. Both sides claimed to be the victim and not the abuser, both said the other was lying, and both said that they just wanted to move on with their lives. From there, the jury had the arduous task of reaching a verdict.

Lawyers for Depp claimed that Heard was the abuser and Depp the victim. They stated that not only did Heard abuse Depp during their relationship but continued to do so afterward when she smeared his name. This ruined his career and robbed him of opportunities.

Attorneys for Heard claimed that Depp has now caused Heard global humiliation that has also affected her career. They said that what’s more important is that Depp has sent a message to domestic abuse victims everywhere that they will not be believed.

“If you didn’t take the picture it didn’t happen. If you did take pictures they’re fake… That is the message that Mr Depp is asking you to send.” Heard’s attorney stated.

Though the jury found no proof that Depp ever physically abused Heard, it is plain to see that the couple’s relationship was toxic from both sides. Recordings of name-calling and belittling, massive fights, and now famous incidents where it does appear that Heard was the physically violent one, not Depp, though each had their own version of the stories. All of it boiled down to two people who clearly had and still have their own personal issues that need to be addressed with professionals. Depp admits to having substance abuse issues, which he states were embellished by Heard. There were other claims throughout the trial that Heard also suffered from various mental health problems.

Finally, the jury came to their decision. They decided that Heard did, in fact, defame and cause harm to Depp’s career, and did so with malicious intent. While Depp is considered the victor in the case, the jury did find Depp liable in one aspect.

“Six years ago, my life, the life of my children, the lives of those closest to me, and also, the lives of the people who for many, many years have supported and believed in me were forever changed.
All in the blink of an eye.
False, very serious and criminal allegations were levied at me via the media, which triggered an endless barrage of hateful content, although no charges were ever brought against me. It had already traveled around the world twice within a nanosecond and it had a seismic impact on my life and my career.
And six years later, the jury gave me my life back. I am truly humbled.” Depp said in a statement. (3)

Amber Heard, too, released a statement in which she spoke of her disappointment with the outcome. 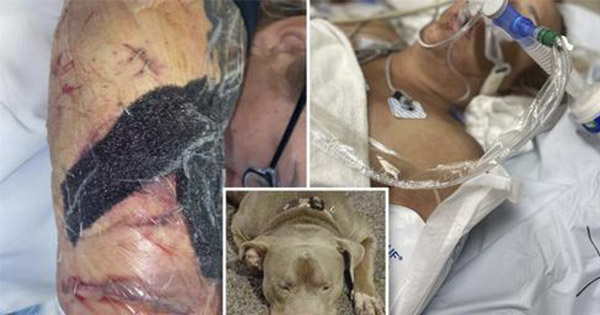 “The disappointment I feel today is beyond words. I’m heartbroken that the mountain of evidence still was not enough to stand up to the disproportionate power, influence, and sway of my ex-husband.
I’m even more disappointed with what this verdict means for other women. It is a setback. It sets back the clock to a time when a woman who spoke up and spoke out could be publicly shamed and humiliated. It sets back the idea that violence against women is to be taken seriously.
I believe Johnny’s attorneys succeeded in getting the jury to overlook the key issue of Freedom of Speech and ignore evidence that was so conclusive that we won in the UK.
I’m sad I lost this case. But I am sadder still that I seem to have lost a right I thought I had as an American — to speak freely and openly.”

Social media has weaponized the trial with the court of public opinion being in Johnny Depp’s favor. Unfortunately, this has led to many people being listening more to things they see on the internet, like theories of Heard snorting cocaine in the courtroom than actual facts from the trial. Social Media painted Depp as perfect, which anyone who actually watched the trial will know that he was, in fact, not. He may not have done what Heard accused him of, but he certainly wasn’t 100% innocent, either. Both parties did many things wrong throughout their relationship.

Johnny Depp may have officially won the case, but still, both parties have irreparable damage to their careers, reputations, and livelihoods. Both have now suffered from the effects of a highly toxic relationship. Now both are left to pick up the pieces of that.

Keep Reading: Jury In Amber Heard And Johnny Depp Trial Come To Judge With A Question